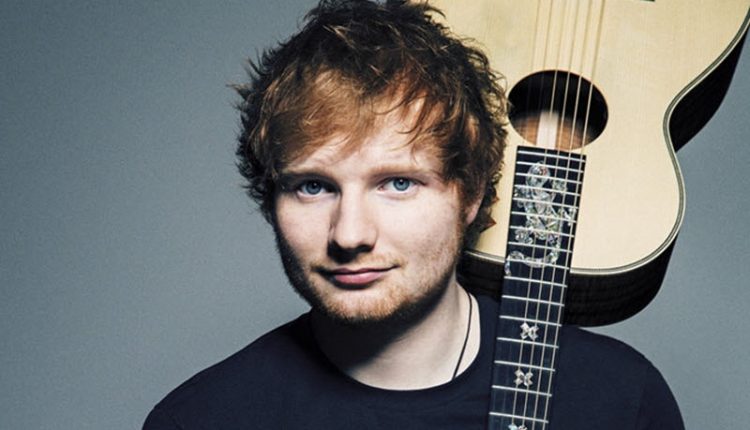 Britain`s most surprising superstar, Ed Sheeran became internationally known due to its albums and amazing songs and lyrics. He is admired by fans worldwide and appreciated by the most exquisite music critics. But we bet you would want to know more about his lifestyle and hobbies. This is why we established a list with lesser known facts about Ed Sheeran.

1. First things first! He gives a name to each of his guitars and they are: Lloyd, Felix, Cyril, Trevor, Keith, Nigel and James the Second. Interesting name choices, isn`t it?

2. Back in 2014, Ed set up a Twitter account for his baby kitten, Graham, who got almost instantly more than 71,000 followers. Follow him @GrahamShizza and fall in love with those big eyes and furry coat!

3. Did you know the fact that he wanted Benedict Cumberbatch to do hip-hop dancing in the video for `Sing`? Yes, it is true, but his agent did not agree with it. Sad, but true, because it was definitely something we would`ve wanted to see.

4. A weird thing about Sheeran is that he wants to get New Zealand citizenship. He jokes about it and states that if World War III starts, no one will actually bother to invade so far. Well, isn`t that hilarious?

5. Staying on the same level of weirdness, he gives a unique colour for each of his songs. As an example, `You need me, I don`t need you` has the colour aubergine.

6. He despises smartphones. We all remember the year in which he put music on stand by and went travelling the world. Well, the reason why we did not see too many pictures of his travels is that he ditched his phone and stated that he really loves his life when there is no phone involved. We should follow his example!

7. Ed Sheeran was ecstatic because he was given the opportunity to write the soundtrack for `The Hobbit`. It was the first book his father read to him, Tolkien being one of his favourite writers.

8. The success of both his song and video `Thinking out loud` may be because of the fact that he spent three weeks practicing around five hours a day for the dance. A dedicated artist, we say!
9. He actually wrote a song at a funeral and no, it is not creepy! `Afire Love` was written for his grandfather who suffered from Alzheimer and died back in 2013.

10. On the same topic, he writes songs about everyone, even for The Weeknd, Jessie Ware, Rudimental, Usher, Justin Bieber, Major Lazer, Robbie Williams, Olly Murs and many more.

11. All his tattoos are linked to his career path. His first single `The A-Team` has an important role amongst his tattoos, while he has a bundle of funny ones, including a Lego head tattoo. Isn`t he an interesting man with an amazing background? Yes, he had experienced some harsh years in which he struggled to liv day by day, but with determination he became one of the most talented and appreciated artists worldwide.

This site uses Akismet to reduce spam. Learn how your comment data is processed.

How To Build a Skincare Routine